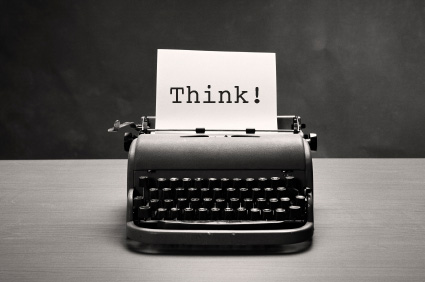 Mostly when writers do bad things, the main bad thing they do is write badly. But that’s not all of it. There’s a lot of related behavior that comes with writing badly that compounds what writers are doing, or not doing.

In the article, “When Editors Do Bad Things to Your Book,” I highlighted the nightmare world where writers are caught in a book destroying, soul dampening exercise of bad editing. To be fair, as both a writer and editor, it should be pointed out that many editors—if not most—are conscientious and dedicated, and work as well as they can in a publishing world that has changed—and continues to change—dramatically and at light speed. It’s not a world that favors careful, conscientious, thorough editing, so that needs to be said.

Also, as writers, we can celebrate the good editors we’ve had. Any writer, even those of us who are also editors, needs and can benefit from a good editor. I’ve had the good fortune and pleasure of having several terrific editors. Some of these editors have done heroic work on books and magazines that might astound not only readers, but other writers and editors as well.

So what is it that writers do that put editors in a bind?

Even though much of publishing has shifted into the digital universe, something an astute editor of mine labeled as “evanescent” even in its early years, there are websites, blogs and yes, even that dinosaur, the printed page, with publishers who have an explicit day or time when they need the writer’s work so they can publish or post it. Many writers simply blow off deadlines. They don’t think it matters.

This isn’t just internet stuff. I worked on print magazines where almost none of the writers hit the deadlines. This wasn’t a sometime thing, either. Some of the writers never made a deadline. Whether this was arrogance, carelessness or bad time management, it showed a lack of professionalism.

At the very least, it’s a terrible thing to do to your editor, especially if he’s someone who hired you, who made your work better, or even stood up for you or your writing. Beyond the lack of professionalism, it can create chaos and mammoth stress—certainly in the print world, but also in the digital world, where virtual pages are scheduled to be filled.

I’m talking about a major lack of fulfilling the assignment or doing the project here. On magazines where I worked, there were some long form pieces running five or six thousand words where writers would turn in one or two hundred words instead. This happened far more often than you might imagine.

I remember once talking to my editor friend on the phone as a deadline approached for the magazine we were working on. He told me one of the writers “Was a little short,” on his twenty page assignment. “How short?” I asked. “Nineteen-and-a-half pages,” he said. The writer turned in one paragraph.

Bad things beyond that? The writer asked for more assignments and a raise.

A close cousin to this is inadequate work which is also bizarre. My editor friend, again, told me that one writer who had a column in one of the magazines he edited sent in a couple of hand written phrases on a piece of paper every month with a smiley face and told the editor, “You flesh it out.” Since the writer had a contract with the publisher, the editor did just that, fleshed it out.

A lot of these categories may overlap; this one might be a matter of degree. Beyond bad writing, if you’ve ever edited something like a horrible piece, you’d recognize it. While bad writing may be dull, have a few mistakes, clunky sections, be disorganized, sloppy, meaningless, inaccurate or is simply a compilation of bad grammar along with bad style which might give the reader an unpleasant jolt as she reads it, there is also absolutely horrible work.

I received a manuscript from a writer colleague and friend, who had agreed to look at it before passing it on to the publisher who had contracted for an ebook. It was a project of about 25,000 to 30,000 words, an 80 to 100 page digital fitness book. My writer friend asked if I’d look at it and see if I could do anything with it. He warned me it needed major editing. And could I please get it back to him after the weekend? My writer friend was desperate, so what could I say?

I looked at this—thing. It was so badly written that reading it caused a massive headache. Worse, as I read it, I couldn’t find a book within the mess. I waded through the manuscript to try to find something--anything, and after a couple of hours felt I found a theme and some chapter headings, if not ideas, that I dug out of the pile of jumbled words that passed for a book.

Over the weekend I tried to bring to life something of what I thought the author was driving at, and when I turned it back to my writer friend I apologized and said, “I did what I could.” The book still needed major rewriting, but off it went. My writer friend was thrilled and thought that our rescue job was a success, and the book to my surprise has sold decently.

An editor friend of mine sometimes used to have his weekends lost due to editorial projects. He wouldn’t even bother going home, instead he’d dig in at a Howard Johnson’s in New Jersey and   edit a book or magazine that needed major work. I used collect and send him discount coupons for dollars off his motel room, but that wasn’t much help.

He once edited an exercise physiology textbook which was written by a couple of academics who put together the material loosely. He told me he spent much of his weekend organizing the charts, graphs and technical material to get it into publishable form, in addition to working on the writing in the text itself.

You’d think the science guys would have gotten the technical part of their book together, at least the charts and graphs if not the written part, but they seemed to share the idea that many writers have, that the editor will fix it. And the editor did fix it. The book went on to sell well and become an authoritative text in the field.

Almost no one knows of the heroic editorial rescue job the editor did on that book. It’s the hidden part of the story, the sometimes inspired outcome, of when writers do bad things to editors.